1. Try to stay on topic please! I have already noticed some of those posts that aren't really neccessary. I know some of that is kind of my fault, so sorry.


2. When you submit sprites, please make sure they are saved in .PNG format. JPG is the WORST format to save sprites in.


3. Oh yeah, and no editing sprites. All of them must be scratched. This is a rule in many regions, so obviously, it's a rule in mine. There are many spriter's resources that I can use to compare sprites. So I WILL know!!!


1. Techlabo Town: A small town that is barely inhabited. Professor Twig lives here along with the main character and his 1 of his rivals. There is only one house per street, and it is a long walk to each one of them. Many of the houses are spaced apart by thick trees. Professor Maple's lab is at the southern end of the city.


2. Seafore City: Just a short walk from Techlabo, it is the large city of Seafore! It is a giant city with all of your necessities. A Pokemon Center, a Shop, a few houses, a restaurant, and a big inn. All of the folks here don't know anyone because they are always running around.. However, you have a small run in with Team Eartdestru. There are a few lovely flower patches scattered throughout the town as well. It also has a gym.


3.Savarville Village: After getting used to the rustle and bustle of Seafore City, Savarville is a big difference. It is the second city you visit with a Gym. It is a small little village. Unlike Seafore, there are only a few hoses. Everyone here is nice and sharing and know everyone by name. Team Eartdestru took advantage of this and set up their headquarters in a hidden alley in the back of the village. You may notice that the closer to the headquarters you get, the more mucky and polluted the surroundings get.


4.Massidings City: This city is probably the biggest in the whole entire region of Polluworr. There are 5 major buildings, an industrial plant, a casino, and many more things. They have 3 unofficial gyms and 1 official gym.


5. Undarth Town: From Massidings city, there is a mine which leads you into an underground town. It is very interesting, considering the fact that it IS entirely undergound. There obviously isn't a gym. Another part of the Mine leads out into the next city.


6. Tisle Isle: This is a very tiny island. There are 3 houses, a Mart and a Center. There also is a ferry service that leads to the next city. However, the Assistant Leader of team Eartdestru has taken substitute captain's place.Their attempt at hijacking the ferry goes wrong, and the boat sinks. Appareantly, a strong trainer named Yumisi dives under and finds HM Surf, so you can surf to the next city..


7. Colconnectio Town: Ironically, this place is the coldest in the region, but no ice or snow!! And even more ironic, it's home to the fire type gym! It's not actually that small. A gym, a mart, a center, and 6 houses. Bigger than most towns. It connects to Tisle Isle via big sea. It's got a building that connects to Bumpy Way, which conects to Waywhere Ocean, which connects to the Mountaise next place...


8. Mountaise Town: This is a big place to be set in a sea, and it's not even an island! It has a huge mountain in the upper right, which connects to Lost Dungeon. Its has a population of 28 (wow) and has no gym. It is a very short walk to the next town. The Pokemon Fan Club is located in this town, and WOW, there is no mart.


9. Inmoutoc Town: Inmoutoc- a small confined area. It doesn't get much visitors. Not because of the rude disposition of the citizens, but because of location. It is located directly in the tallest mountain in the region- Bigclim Cliff. How amazing that it is surrounded by trees, and you can only get in VIA a cave. IT has a PC and a Mart, but again no gym.


11. Hynecente Island: This island is a little bigger than the other islands in the region. It has a net center and a gym. The temple holds the ancient Tablet of Shame of Accomplishement. It is in the hands of a priest who has a small hut set up inside the temple. There is also a small mart and a bridge that leads right to the next place. It is surrounded by a HUGE beach.


12. Deserweri City There is a tiny gym in this city, and a mart and a pokemon center. This is the hottest place in the region. It has a small little pond in the middle of it, the city's only source of water. Surprisingly, it has a big population, with about 8 houses along the city. It leads to the next city, via a teeny little route going south.


13. Freakscar Village: This is a very weird city, it is very cryptic. All the houses are the same, and it is foggy. I will make it have the Lavender Town music. The mart and the center are right next to each other. It leads to the giant route that is Victory Road. This time, it's actually a ROAD.


Long ago, way before Pokeballs were invented, all Pokemon were all in peace till one day.... an earthquake occured which divided the Pokemon into 4 groups. Then everyone began to go to war... right in the middle of the battle a mysterious Pokemon (SHAYMIN) seemed to have calmed all the other Pokemon and and brought peace back to the world.


1000 years later. A new discovery was found. It had something to do with how the war had begun. It was because of when the world was hit with the earthquake, the legendary tablet of Shame and Accomplishment surfaced. The Pokemon had war over it. 10 days later a mysterious group named Team Myth had stolen the tablet so that they can have the power to recreate the war once more. That is the same day a kid is beginning a Pokemon Journey. Your mission is to collect all the tablets from the gym leaders. They all have special information. You yourself may be the only person to stop this. But when 2 Pokemon return (Giratina- creator of the earthquake, Shaymin- the calmer of the war) the war and the mission will be far harder than any war at all. Can you stop the war with the help of Grass Pokemon and Shaymin?


Well, what do you know? The Pokemon that started the earthquake was Giratina itself. [sarcasm] I wonder if Giratina is going to play a role in the story? [/sarcasm] Well, Giratina caused the earthquake because he wanted to take control over the whole world of Pokemon. But.. he failed. If you want to hear the rest of the story, open the spoiler.

The following may not be suitable to all ages.
The following is suitable for 13]"Gwaaahahahahah" is the only thing Pokemon hear when the earthquake starts. Pokemon screaming all over, and ghost Pokemon turning to Giratina to ask what happened. Giratina says, "I caused this. You must tell no one except fellow ghosts. It was meant for us Ghost types to rule the Pokemon world. But I screwed up. God damn it! I know. And with this, we have to deal with that annoying brat, Shaymin. Get out there and destroy grass types! Because that ****ingg do-gooder Shaymin won't let war keep going!I hate the world! **** you shaymin! Burn in hell like I did all these years!! Aggghhhhh!! God Damnit!.

All legendary Pokemon have events.

when are the screenshots coming out im just asking
p.s how many maps have you done
_________________
pokemon white isle supporter 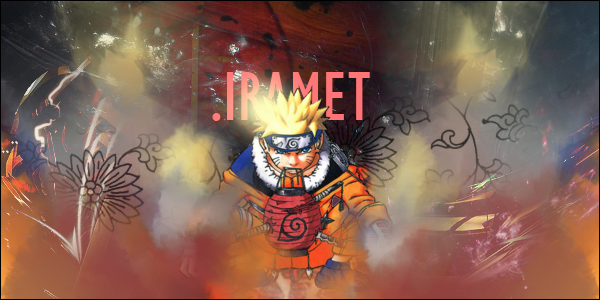